Memory is Not the Problem

The picture above is my (Ed) grandfather and great-grandfather. I did not know my great-grandfather, but I have many childhood memories of my grandfather who I called “Pawpaw.”  I have one particular memory of him being angry at me and chasing me around the yard. I believed that I was going to be hurt (assumption) because I was powerless to stop him (state of being lie) and therefore I felt immense fear.  Now when I look at that same memory, there is no fear to be found since the Spirit replaced my belief with His perspective.

During the ministry session in which I first chose to revisit that memory, I did feel fearful. When I received the truth from the Spirit, all the fear dissipated. As strange as it may sound, the memory was never the reason for my feeling fearful. In fact, our memories themselves do not hold any feelings at all. A memory cannot produce a feeling any more than the photograph of my grandfather. It is just a picture.

The feelings I felt when I revisited this memory were not in the memory or because of the memory, but rather they came from the current belief ( I am powerless) I had come to believe as a child. The moment I embraced the belief as a little boy, it became my current core belief and remained ever present. The reason that memory felt painfully bad when I looked at it later, was because of the current belief through which I was viewing it, not because the memory itself produced bad feelings.

During the experience of being chased by my grandfather, I believed I was going to be hurt. This belief remained after the fact and traveled along with me in real time from that point forward, along with thousands of other additional lies I accumulated. This belief became a core belief which I harbored for most of my life, and through which I would interpret that memory and other similar life experiences.

A memory morphs and even fades as it is remembered and replayed. Sometimes it merges with other memories, different elements are forgotten, and blanks are filled in. On the surface,  it appears that the belief stays constant, as it is reinforced by our using it to interpret each new life experience and situation. However, I use not only that earlier belief, but also all that I currently hold as the “truth.”

Does this mean memory cannot be trusted? I can’t say with certainty. However, if it can’t be trusted at all, then our criminal justice system is in big trouble. But this really doesn’t matter since validating a memory isn’t the purpose or intent of TPM. Memories are not the problem and do not need to be verified in order for a person to find genuine and lasting freedom.

Any “memory” that is reported in a TPM session and where protocol is accurately followed, should have never surfaced by the facilitator suggesting anything or providing any personal opinion about what may or may not have occurred in the person’s life. EVERYTHING that is reported in a TPM session should always be only because the person brought it into the room, and never because of the suggestions or promptings of the ministry facilitator.

Interpretation Determines How We Feel and What We Feel

After we know the truth, although the memory and the current situation remain the same, neither will continue to feel as it did when it was being interpreted through the false belief. This is not suggesting that what happens in our current situation is not unjust or evil, since it very well may be.  However, it is the way we interpret the situation—from core belief—that will determine how we respond to it emotionally.

Not Everyone Agrees with Me
Recently, someone reacted to my saying this very thing. Because of an injustice that had recently occurred in his life, he said, “Anyone would respond the way I did to what happened. What that person did was wrong and unjust!  How else should I have felt?”  I agreed with him that what had occurred was, in fact, bad and unacceptable, but his emotional response was not based upon what had occurred; it was based on how he interpreted what had occurred. He did not agree.

Nevertheless, I still believe the man’s emotional response was based upon his interpretation of the experience and not by the experience itself. This is not to say that what happened to him was not evil and unjust, for it appeared to be so. Nevertheless, if our negative reactions to the difficulties that come our way are justified, then passages such as “… if God is for us who can be against us…” (Rom. 8:31 ) or “… For momentary, light affliction is producing for us an eternal weight of glory far beyond all comparison …” (2 Cor. 4:17) ) need to be reinterpreted. If we could have God the Father’s perspective in our life circumstance, I believe our emotional reaction would change to match His viewpoint. Even when our interpretation of what has happened is based upon the truth, our emotions will still flow from the belief. The situation is not the reason we feel what we feel.

I think of Jesus being unjustly accused, beaten, and then nailed to the cross. All of this was bad, unjust, and downright evil. However, what was the Lord’s emotional reaction and response to all that was done to Him? Granted, He reacted to the physical pain in total anguish; rightfully so. This physical reaction was based upon the truth that he was in immense pain.

However, his emotional reaction did not include fear, worry, anxiety, anger, helplessness, powerlessness, or any other such thing. The reason is simple: belief. He believed the truth. He was not worried or anxious because He knew the truth that He was in His Father’s perfect will. He had no fear because He knew what was coming and actually was focused upon the “… the joy set before Him [and because of this He] endured the cross, despising the shame …” (Heb. 12:2). He did not feel powerless or hopeless because He knew He could ask His father and that He would, “…  at once put at [His] disposal more than twelve legions of angels…” (Matt. 26:53).  He knew that all of what was happening would stop if He just asked. He was not angry because He knew that “vengeance” belonged to the Father and that God’s wrath was reserved for the ungodly at the time of judgment. He knew that because of His death, all who believed would escape God’s wrath (Rom. 5:9). Because Jesus knew the truth, his emotions were peace, joy, confidence, assurance, and rest. Jesus, just as all of us, felt what He believed. 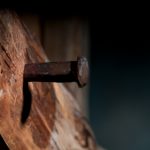 Jesus did feel things during this very terrible event. He displayed emotions such as concern for His mother when He asked John to watch over her. He expressed care and interest for the thief hanging next to him, inviting him to share in Paradise. He expressed great compassion for the very people who had crucified Him when He prayed, “Father forgive them, for they know not what they do…” (Luke 23:34). Based upon the model that Jesus gave us, I propose that our circumstance does not dictate how we must feel in any given situation, but we will consistently feel whatever we believe. We are promised in the Scriptures that Jesus Himself will grant us peace in EVERY circumstance where it says, “… may the Lord of peace Himself continually grant you peace in every circumstance” (2 Thess. 3:16).

So then, Jesus set the standard and provided us a model to follow. However, the model is not one of mimicking Jesus’ behavior since it will not benefit us to go out and try really hard to do what Jesus did. The model He set is NOT one of effort, but rather one of faith or heart belief. Jesus completely believed the truth with His heart. He walked in perfected faith. It is because Jesus believed His Father and trusted His direction that Jesus did what He did. Because Jesus knew the truth, He walked in it.

There is a correct order of things: believe first, walk second.  The Scriptures reveal this:“…may [you] be filled with the knowledge of His will in all spiritual wisdom and understanding, SO THAT  you will walk in a manner worthy of the Lord, to please Him in all respects, bearing fruit in every good work and increasing in the knowledge of God…” (Col. 1:9).

Click Here to Donate
Click Here for Supplemental Training
← The Role of the Spirit - "Conviction or Convincing?" Post-Childhood Memory - Part 2 →